Skip to content
I am excited to let you know that my album Just a Kid is released today. You can get it here now!
. 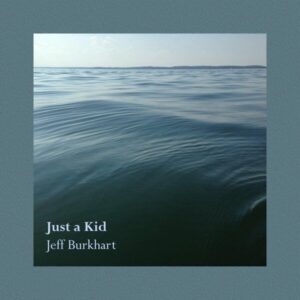 I recorded it over the last few months in an old warehouse on the east side of Madison that has great acoustics. I used a single mic and a single guitar, and learned a lot about recording technique as I went. The songs were written and rewritten and revamped and reimagined a few times over the last couple of years. Some came together quickly, some needed to ferment for a while.
I’m happy with it and I hope you can take a listen. Thanks!

Thanks for your time Friday with Beth and me to talk about Senator Johnson’s position on the AHCA. It was great to have a chance to discuss with you. I appreciate that Senator Johnson wants to do the right thing and protect those most vulnerable in our state.

As you know, Beth and I have concerns about how Medicaid reforms will impact the most vulnerable people in Wisconsin. While we still don’t have a Congressional Budget Office report on the bill that passed the House, the previous report shows that Wisconsin will lose an estimated $1 billion. Because we have a very efficient program, there’s very little to be done to make our program sustain a 25% reduction in buying power.  As a result, our Medicaid program will need to cut benefits, limit eligibility and reduce reimbursements if reforms are passed that resemble the House bill.

Medicaid is critical to the futures of Wisconsin’s children and families, as well as people with disabilities. I have a few requests for you and Senator Johnson:

I would be more than happy to be a part of these ongoing discussions and help to coordinate community involvement in this important issue with you and Senator Johnson.

Thanks again for your time and interest, Tom.

Here are the talking points I assembled for my 5/19 meeting with Sen. Johnson’s staff.

Medicaid is vital to our state: WI could see a 25% reduction or $1 billion reduction in Medicaid. AHCA does not address the drivers of health care costs — one of the major complaints about ACA. It only cuts funds, guaranteeing there would be a significant reduction in the number of people covered. Wisconsin Hospital Association estimates more than 300k people will lose coverage or Wisconsin taxpayers would be hit with a huge bill to cover the hole in Medicaid funding. That would increase the taxpayer burden. We know that Senator Johnson didn’t run to raise taxes to his constituents or to make coverage inaccessible to our most vulnerable citizens.

CBO said AHCA would result in about 24 million more Americans uninsured by 2026, and $880 billion over 10 years would be cut to Medicaid.  Avg deductibles in non-group market will increase $1,550.  We want patients and families in charge of healthcare, and increased choice. But hundreds of thousands of people in this state will be left with no choice.

Workforce: Access to preventive health care keeps people with chronic conditions in the workforce and out of hospitals. Medicaid-funded supports allow family caregivers to keep their jobs instead of being forced to leave the workforce to care for family members.  Medicaid supports the health care sector and provides tens of thousands of jobs to help support Wisconsin’s economy, and the health care infrastructure and services we all need.

Gov. Walker talked last week at a workforce conference about the pride that people with disabilities gain from work, but those with disabilities often require supports paid for by Medicaid. Without these supports, such as job coaches and transportation, the house of card of employment will crumble.

The cuts will hit our economy. We have $5 billion in Medicaid reimbursement through 75,000 certified Medicaid providers. Taking a large amount out of that system will result in job losses that will not be absorbed in other sectors of the economy. AHCA repeals small business tax credits and increases the burden on employers who drive economic production in our state.

WI is efficient: The Senator may think that we can be more efficient in our administration of care. In Wisconsin, we are already very cost effective. For many years, Wisconsin has been on the forefront of healthcare innovation. Wisconsin has the lowest cost per capita in spending on kids. When we moved to the FamilyCare model, we realized $300 million in savings annually and have among the lowest costs per capita for elderly and people with disabilities. We’ve moved many more people to managed care plans. We’re already well run and efficient.

Adding per capita caps and/or block grant for Medicaid would have a devastating impact on children and elderly in Wisconsin, the largest users of MA. We would be one of the biggest losers in the country because we already spend less than most states per capita.

Home and Community Based Services: More than half of Medicaid spending is in HCBS (about $80bil in 2014). Cuts will negatively impact the choice, freedom and independence elderly people and people with disabilities have and deserve. These are the optional services that we have built in our state. In Wisconsin, people with disabilities will go without employment supports, durable medical equipment, personal care attendants, transportation and case-management services. We have waivers for people with institutional level of care that help them integrate into the community (FamilyCare, IRIS). This impacts about 60k people and is very cost effective. Medicaid covers 20 other optional services… personal care, job coaching, day services.

We are one of the few states that is on the way to no waitlist because of FamilyCare expansion. We have almost all of the optional services available. Cuts would almost certainly force states like WI to eliminate these services, as we’d lose that 60% federal match which allows us to maintain these programs. When kids have an IEP, school-based services can be billed to Medicaid (abt $100m/yr.) Rural schools often pool resources to pay for a single speech therapist. With cuts, kids will likely not continue to have these services.

MacArthur Amendment: Health status underwriting could be introduced by states with a waiver. “Underwriting waiver” would allow states to charge more and could make the costs prohibitive for people with pre-existing conditions.

High Risk Pools: ACA reforms helped millions of people with pre-existing conditions. In WI, HIRSP worked as an “insurance” of last resort, with a 6 month wait to get insurance for some, proof of two private insurance rejections, and higher premiums and cost sharing in small, unhealthy risk pools. When we eliminated discrimination against those with pre-existing conditions, we ended of HIRSP.

Providers will have a higher burden under AHCA: Since the ACA’s marketplaces opened, and WI added childless adults to the BadgerCare roster, uncompensated care in Wisconsin dropped by over $500 million dollars (2013-2015). The combination of AHCA and Wisconsin’s new Sec. 1115 waiver (which will remove childless adults from BadgerCare Plus) would mean a return to uncompensated care in Wisconsin reaching over $1.5 billion – and the cost of uninsured patients being socialized and redistributed to everyone else.

A lot has happened in the last week since I posted about my attempt to talk to a staff member at Senator Ron Johnson’s Oshkosh office on May 9.

I called Tom back on Monday, and we set up a meeting on Friday, May 19. After talking and emailing with a few knowledgeable people this week, I invited Beth Swedeen to join me. Beth is the executive director of the Wisconsin Board for People with Developmental Disabilities.

Here is a brief summary of our conversation:

Here are the talking points from our meeting.

In February 2017, I worked with Wisconsin Public Radio to produce a radio piece about Gwen Gillon, who in 1963,  became the youngest member of the Student Nonviolent Coordinating Committee at age 17.

In February, 2017, the Cap Times ran an article I wrote about two Bhutanese refugees who lived most of their lives in a refugee camp, and have now settled here in Madison.

Like many people, I’ve been calling and writing my senator regularly to express my concerns. US Senator Ron Johnson (R-WI) has three offices — Washington, Milwaukee and Oshkosh. I’ve left messages on the phones at all three offices about three times a week for most of the year. Once, I talked to a staff member who said that she would record my views for the senator. Other than that one time, I haven’t ever heard back, despite leaving my phone number and address on the voice message each time I call, and despite my request for the senate staff to inform me about the senator’s views and about upcoming town hall meetings.

So last Tuesday,  I happened to be driving past Oshkosh and thought I’d stop by to see if I might be able to talk to one of Senator Johnson’s staff in his office. When I walked in at just before 9 am, the receptionist was busy answering the phone. When she was done with a call, I told her that I would like to talk to one of the staff members about some concerns I had. She told me that I would need to fill out a form with my contact information and summary of my concerns.  I did so. Then she came outside of the locked area and said, “Well you’ve got me, so what can I help you with?”

“It looks like you’re very busy with the phones. Is there someone else in the office I can speak with?”

“Nope, you’ve got me. So what is your concern?”

“My concern is with the health care bill that is going to be on the senator’s desk soon. Are you sure I can’t speak with someone else in the office?”

“Our office only deals with veteran’s affairs and social security.”

“Are you sure that there’s not someone else I can talk to?”

And with that, she turned and entered the locked door. I was shocked. I looked in and there were three people sitting at desks facing the door. I put my foot in the door and said to them, “I would like to speak to someone in your office about my concerns about the health care bill.” I repeated myself. I got blank stares from everyone.

At that point, I decided that I would start recording the interaction.

After I realize that everyone in the office is hiding in the back office, I recorded a video with the intent of sending it to Senator Johnson’s office to share my disappointment about the way I was being treated by his staff.

Eventually, my phone ran out of storage, so what you don’t see is the angry police officer with his hand on his gun several minutes after our interaction began, and while I’m clearly not being a threat to anyone. I asked him why his hand was on his gun, and he fumed and said it was standard procedure, and then said, “I’m out of here!” and then stormed off. In fairness to the Oshkosh police, the lead officer was understanding and pleasant, and when I asked him if I was being removed from the senator office, he said, “They don’t want you here, they don’t think they can help you.” He empathized with the frustration I felt about not being heard.

I walked away, still really emotional. I don’t expect Senator Johnson to agree with me. I do expect him to listen when I come to his office to respectfully express my concerns. So I’m willing to do this again until I am heard.

What are your thoughts?